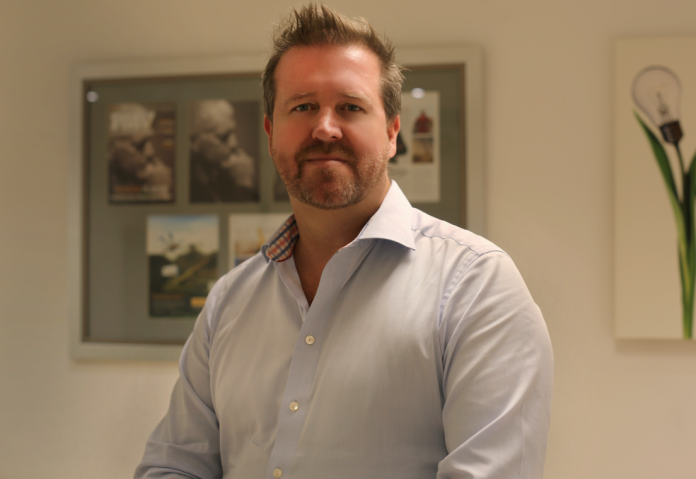 Ageing infrastructure and power shortages have long been an
obstacle to energy projects in Africa.

But these challenges, along with Africa’s growing energy demands, are driving development in global renewable energy such as liquefied natural gas (LNG) and solar micro-grids, according to Jamie Shepherd, CEO of Altaaqa Global Energy Services, the Dubai-based provider of integrated energy solutions.

“Energy is an exciting place to be at the moment,” he said. “It’s changing very rapidly from a technology point of view; the market in Africa is very opportunistic.

“Compared to Europe or North America, there’s huge latent demand from unconnected people and there’s lots of very clever solutions you can come up with to deliver sustainable power projects across Africa. That’s exciting.

“You get to do a lot of firsts in Africa, such as the first hybrid project, so I see the continent very much as a frontier.”

Dispersed populations, gaping infrastructure gaps, and insufficient grid scale and capacity, leave swathes of the continent without access to central power grids. This is driving demand for smaller-scale, decentralised off-grid solutions, such as solar micro-grids.

“Micro-grids are really what’s going to push connectivity of Africa going forward. With government resources for infrastructure projects limited, private companies are leading the charge in bringing micro-grids and the technology they need to function to rural parts of the continent.

“Turning to micro-grids is the only way the large population of unconnected people throughout the continent can become connected because governments are facing challenges in terms of funds to spend on massive infrastructure projects like that,” said Shepherd.

“What’s really interesting about that model is that not only are they driving electricity, they provide Wi-Fi and crop irrigation, even chicken hatchlings that they can brood using electric bulbs and sell at market, so it almost becomes a self-sustaining economy.

“The idea is to increase the economic benefit. It’s not just a micro-grid, it’s a micro-economy, and that will be a real driver for the significant part of Africa that’s not connected.”

Micro-grids will also play a key role in connecting main power grids on the continent from Southern Africa’s Power Pool to those of West, Central and East Africa, he said.

The scramble for intercontinental connectivity is driving investment
opportunities in transmission and distribution networks, said Shepherd.

“Interconnection of the main grid units in Africa and the ability to move electrons around the continent are the big areas for development at the moment, areas that are going to drive real change.

“In terms of connectivity rising from 54%-56% to 80%, we’re going to have to see more distributed power at micro-grids, private industry coming in to build a network and then eventually the main network will catch up and become connected to it.

“Where there is excess power in one area and a deficit in the other, they can’t transmit it like they do in Europe and North America.

“Where there is an abundant natural resource – such as gas in Mozambique or Tanzania – they can’t deliver the electrons to other parts of Africa because there isn’t the connectivity. So I think connectivity of the grids is going to be a big play.”

Technology is also leading the way in transforming Africa’s energy
sector, according to Shepherd, as its emerging, developing and frontier markets are able to leapfrog old technology to adopt the latest
innovations from the outset.

“Africa skipped landlines in telecoms and went straight to mobiles.
African power has also skipped to much higher efficiency engines and turbine,” he explains.

Many of these advances are helping to solve the massive latent demand for energy on the continent, where a significant percentage of the population live without access to a grid.

For the energy sector, utilities are a “real challenge”, not only in terms of capacity, but also because they can often be a bottleneck when it comes to fast-tracking energy projects on the continent, said Shepherd.

In many countries, older power plants are coming to the end of their life and there’s still a very high dependency on hydropower, which may at times be unreliable is unreliable given the changes in the environment, especially in East Africa where every two to three years the rains don’t hit, said Shepherd.

Limited public resources to overhaul ageing power plants and energy infrastructure has led to an uptick in private companies being tapped to
privatise public utilities, as seen in Nigeria where Transcorp Power Consortium won a $293m bid to privatise Nigeria’s Afam gas and power plant.

AFRICAN BUSINESS QUARTERLY is an exciting title on the vibrant African business publication scene.Comprehensive, designed to reflect the exciting new face of business on our continent, the magazine captures the essence of doing business in Africa and paints a picture of a continent on the move.
Contact us: reception@avengmedia.co.za

Charge up with the sun

Interview with the CEO of Zibonele FM Mr Mawande Jara